The Greatest BYW Fed In Canada

You are not connected. Please login or register 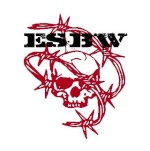 Wrestler sheet
Carnival of Carnage:
This was the only time in 2011 that Milenko bothered to show up for a match. He was booked for many shows after and never showed up for whatever reasons. I had no other choice but to get rid of him.

His main excuse was that he worked weekends and couldnt make it. He said many times that if we did a show on a weekday that he would be there. I gave him that chance. I told him to pick a day, any day, and we would have a show then. I didn't hear from him for 3 weeks after that, so that was it. I had to fire him and strip him of the title he had last defended A YEAR EARLIER.